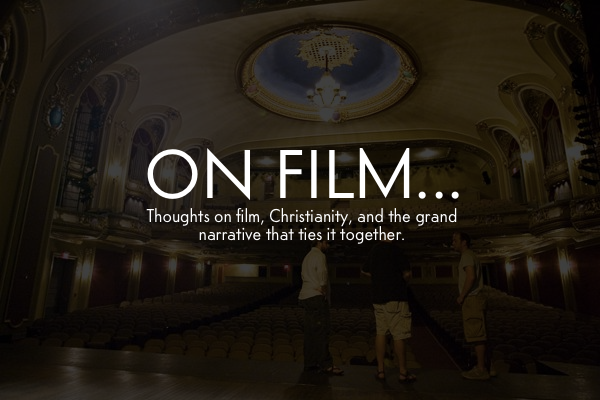 My pastor and friend Aarik Danielsen wrote that statement in his recent article, “The True/False effect.” My city is a buzz this week. Art installations are going in, flyers are being passed about, it’s True/False week. True/False is an annual nonfiction (documentary) film festival that takes place here in Columbia. It’s something that takes over the downtown of our city and doesn’t let go until the final film on Sunday evening. A few years ago my then c-group leader, Rob Gaskin, was working for the fest. He offered me a couple tickets and the next thing I know I’m going on year three as a pass-holder. That’s how it seems to go for most. You watch a film or two, the next year a few more, then boom you’re hooked. I can’t lie, I am downright giddy with anticipation for Thursday.

As I sit here, I contemplate what it is that captures me, my wife, my whole city! Its these beautiful narratives. The story that brings us all in. Film has a way of painting a picture that grips us. Think of the devotion fans have to their favorite characters on screen. So much time and energy on these tales of glory and grandeur, of pride and despair, of hope and waiting. As of late I have spent a lot of time with film. I recently attended my first Oscar party. It was weird. I’m not really one to fill out my Oscar picks like a college basketball bracket. But, it was admittedly enjoyable to relive some of our favorite moments from films we enjoyed over the past year.

I have friends, like Aarik, who help me appreciate film (and really art in any medium) to a greater degree. Guys like Josh Matejka (you should read his blog and check out his podcast) who have a pulse on culture. It’s these guys who help me see that under the fabric of these dramas and adventures is a glimpse of the grand narrative. I’m so deeply thankful for friends who take time to evaluate each conversation and camera pan to see a color, an emotion I missed. It’s these moments that we come back to, captivating scenes that pull us in. We share about them over watercoolers and break rooms. All of us have been moved by film at some point.

While my mind has been swimming with stories from the past year, and anticipation for upcoming festivities, all of it has culminated to a greater picture. This past Sunday at Karis we explored a rather controversial, albeit beautiful, passage of Scripture…and my pastor Kevin nailed it!

Blessed be the God and Father of our Lord Jesus Christ, who has blessed us in Christ with every spiritual blessing in the heavenly places, even as he chose us in him before the foundation of the world, that we should be holy and blameless before him. In love he predestined us for adoption as sons through Jesus Christ, according to the purpose of his will, to the praise of his glorious grace, with which he has blessed us in the Beloved. In him we have redemption through his blood, the forgiveness of our trespasses, according to the riches of his grace, which he lavished upon us, in all wisdom and insight making known to us the mystery of his will, according to his purpose, which he set forth in Christ as a plan for the fullness of time, to unite all things in him, things in heaven and things on earth. In him we have obtained an inheritance, having been predestined according to the purpose of him who works all things according to the counsel of his will, so that we who were the first to hope in Christ might be to the praise of his glory. (Ephesians 1:3-12)

Kevin spent time explaining the joy and humility that is produced in us as we consider predestination. As I think about all of the stories that stir me, I can’t help but be overcome by the reality that the story of Christ’s pursuit is one that screams behind every on screen battle for meaning.

So yeah, I am excited for Thursday. But my hope is that be it in a grand theater with hundreds of others, or in my living room with my wife, that my heart would yearn for a grander narrative. Our God doesn’t denounce art, he created it. Truth and beauty is his. Let’s ponder all of this as we see each kiss, every inspirational and discouraging scene. The gospel speaks loudly in these moments. Let creativity radiate and let it stir us to the creator.

One thought on “On Film…”